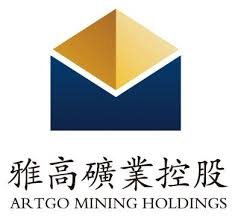 ArtGo Holdings Limited is an investment holding company. It is mostly engaged in mining, processing, distribution and sales of marble stones. Through its subsidiaries, the company is also engaged in mining planting projects and sale of decoration materials. The ArtGo marble mining company was the world’s best performing stock of 2019, before it came crashing down.

98% of the value of the shares was lost on a Thursday morning in November, 2019. This wiped out more than $5.7 billion in market value before trading was suspended. These losses came shortly after MSCI dropped its plans to include ArtGo in its fairly influential China index. This development was first reported by the Wall Street Journal. 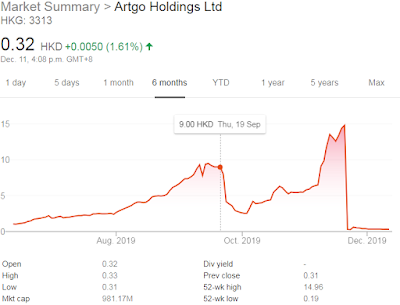 ArtGo was a marble-mining company that was headed to become the world’s best performing stock for companies worth more than $1 billion. Some already suspected that this was the bubble that would eventually burst. What will happen now with this company stock? Not much so far, it seems. This is an example of why you need caution before investing money in stocks.

ArtGo is not to be confused with Argo Gold Corp (a mining company focused in Ontario, Canada focused on primarily gold exploration).
Posted by Igor B at 15:21