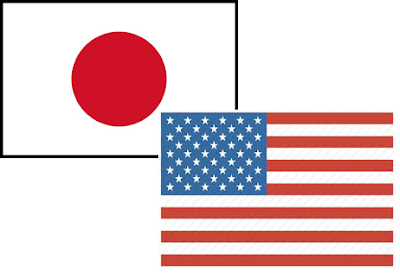 The Japan-US trade deal expected to boost Japan’s economy by 0.8%.

The United States and Japan signed a limited trade deal that cuts tariffs on U.S. farm goods, Japanese machine tools and other products while further staving off the threat of higher U.S. car duties.

The deal is also estimated to contribute about 4 trillion yen ($36.84 billion) to Japan’s gross domestic product based on its fiscal 2018 GDP and the pact will create about 280,000 jobs in Japan, it said.

Japan and USA have been working together in many ways. For example, there is also the event that Japan will participate in NASA’s Lunar Gateway project for the Artemis program.

The program will seek to establish an orbital research and staging station around the Moon. The Lunar Gateway is a key component of NASA’s Artemis program, which aims to land the first American woman and the next American man on the surface of the Moon by 2024.
Posted by Igor B at 11:59

Email ThisBlogThis!Share to TwitterShare to FacebookShare to Pinterest
Labels: Japan