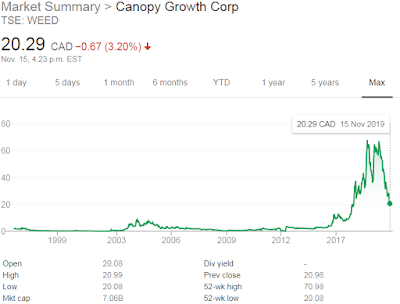 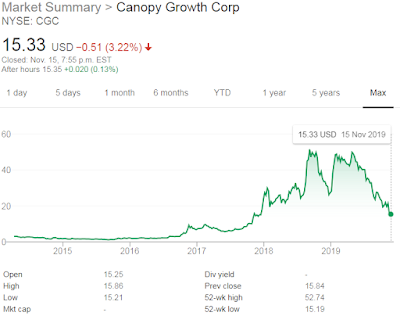 Canopy Growth Corporation was formerly Tweed Marijuana Inc. This is a cannabis company based in Smiths Falls, Ontario.

The stock of Canopy Growth (NYSE: CGC) fell about 14% on Thursday after the Canadian marijuana company reported another quarter of large losses. Over-speculation happened because many people tried to get in on the growing marijuana industry. Large losses came with the company trying to build production of scale and increasing sales. Shares have fallen about 65% over the past 6 months.

Much of the rise in Canopy's stock came because of billions of dollars invested by Constellation Brands (NYSE: STZ) (an international producer and marketer of alcohol). The investment signaled to markets that Canopy was the better investment. This lead to large increases in revenue and shares went a lot higher.

The risk of the stock falling was always there. Earning losses happened in the fiscal 2nd quarter and 1st fiscal quarter. Canopy's cash on hand is down to about CA$1.1 billion compared to CA$2.48 billion a year ago. At the end of Dec. 2018, it had CA$4.92 billion on hand. After that, about 77% of its investment capital disappeared.


Probably the biggest loser in this case is Constellation Brands. Although, it is still a benefit to have a large stake in a company creating large revenue growth in a new industry. There are probably a lot of potential consumers of the future cannabis-infused beverages.
It is hard to say if Canopy's decline is totally finished. It is possible that Canopy Growth doesn't understand the future of the market very well. 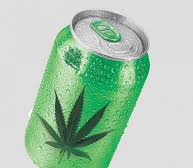